Sara (Founder/CEO)
Leave a Comment on What is Imbolc? The First Sabbat in the Wheel of the Year

Imbolc (Imbolg), also known St. Brigid’s Day, marks the halfway point between the winter solstice and spring equinox, and it represents the welcoming of spring’s return and the light half of the year.

When is Imbolc Celebrated?

Traditionally, Imbolc is celebrated from February 1 through sundown on February 2. This is the halfway point between the winter solstice (Yule) and the spring equinox (Ostara).

However, some cultures prefer to rely on the weather instead of the calendar — they celebrate Imbolc based on the seasonal shift when the weather finally warms and spring is in the air.

Hey… thinking about planting your garden soon? Get a head start and shop for 100% raw and un-treated non-GMO, organic heirloom seeds with Seeds NOW 🌱

Imbolc is a celebration of winter’s end and spring’s earliest stirrings. It’s the first Sabbat in the Wheel of the Year.

The rationing of food, freezing temperatures, and a lull in warfare, which was an important part of Celtic society, would soon be over. The earliest spring flowers such as snowdrops would be poking their heads out of the snow in the coming weeks if they hadn’t already started.

People of ancient times would commemorate Imbolc with fire to welcome the sun’s return. Unlike other Sabbats such as Beltane and Samhain when large bonfires were used to ward off evil spirits, Imbolc fires were usually burned inside the home’s hearth. If such a fire was unfeasible for any reason, lighting candles was an acceptable alternative.

In Gaelic Ireland, many pagans worshipped the fertility goddess Brigid on Imbolc. The celebration dated back to the pre-Christian era.

Fire and purification were an important part of the rituals, which often included a feast. It was customary to set food and drink aside for Brigid, who was symbolically invited into the home to welcome a new season of growth and fertility. Children often carried dolls made of rushes and reeds and decorated with bits of cloth, flowers, or shells around the community to represent Brigid.

Within the home, people would make a bed for Brigid and set out items of clothing or cloth for her to bless. Brigid’s crosses were crafted of rushes and hung over doors, windows, and stables to greet Brigid and protect against fire, illness, and evil spirits.

Brigid was eventually Christianized into St. Brigid, one of Ireland’s three patron saints. The goddess and saint are both associated with milk and fire and share many other similarities. The church decreed February 1st to be St. Brigid’s Day to replace the pagan festival of Imbolc.

Weather divination traditionally took place around Imbolc, which is likely how the traditions of Groundhog’s Day began. People would watch to see if serpents, badgers, and other wildlife would emerge from their winter dens.

In some cultures, Imbolc was the time when the divine hag of Gaelic tradition would gather firewood for the rest of winter. If the day was bright and sunny, the hag could travel farther and collect more firewood, meaning winter would last longer. But if the weather was foul, it meant the hag was still sleeping and winter was almost over.

The Christian holiday of Candlemas is also celebrated on February 2nd.

Imbolc’s predominant colors are white to represent the blanket of snow and red to represent the rising sun. Green is also associated with Imbolc to represent the life beginning to grow again beneath the earth as it thaws. Other spring colors would be a welcome addition, including robin-egg blue and pale yellow, pink, and lavender.

Because Imbolc is symbolized by a hearth fire, consider adorning the altar with a generous number of candles. If you wish to adhere to ancient tradition, craft a Brigid’s cross or corn doll for the altar.

Other items that would serve an Imbolc altar well include healing herbs, a poem or candle spell, milk, and baked goods made with dairy products. Think sun, spring, and growth. 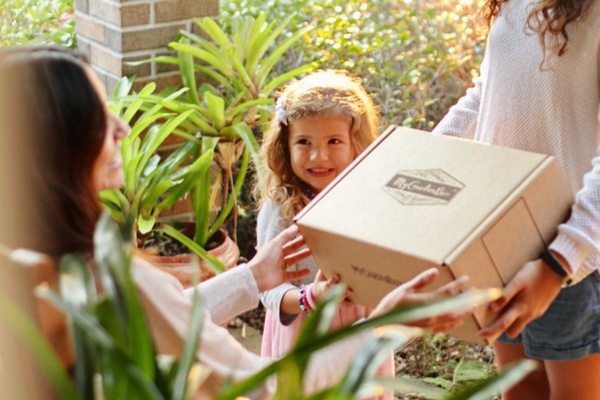 Below are a few simple, traditional recipes to celebrate Imbolc.

2. Chop the rosemary and green onions. Peel the turnips, parsnips, and rutabaga and then slice into wedges with the potatoes. If the carrots are large, they can be cut too; otherwise, leave whole. Cut the shallots in half.

3. Toss all of the ingredients except the garlic cloves in a bowl to mix well and coat with the olive oil, then arrange on a flat baking sheet.

4. Bake for 15 minutes, stir, then another 15. Add the whole garlic cloves and bake for another 45 minutes or until the vegetables are tender, stirring every 15 minutes or so. Add additional seasonings to taste. Enjoy!

1. Peel and finely dice the potato.

2. Heat the chicken stock and milk in a saucepan on medium-high heat, taking care not to boil to ensure the milk doesn’t scorch. Once heated, remove and set aside.

3. Melt butter in a soup pot on low heat. Add the flour, stirring constantly for 3 minutes. Gradually add the milk mixture while continuing to stir to avoid clumps. Add bay leaves, black pepper, diced potato, and salt. Continue to simmer over low heat for 15-20 minutes or until the potatoes are tender and the soup has thickened.

4. Gently mash the potatoes in the soup and blend well. Pour servings into soup crocks and top with sour cream, cheese, chopped green onion, and bacon bits, then bake in the oven until the cheese is melted.

However you choose to celebrate Imbolc, there truly is no “right way” or “wrong way.” Choose the practices that best apply to you and make them your new tradition with your own personal spin. 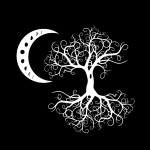 What is a Strawberry Moon? The June Full Moon’s Name & Meaning

Are Witches Real? What It Means to be a Modern-Day Witch