Orchids can dress up a room with a beautiful spray of flowers. You’ve probably seen them for sale in supermarkets and garden centers and on prominent display in an office setting.

But if you’re a beginner intimidated about growing this tropical beauty in your home, I’m here to share some basic orchid care tips based on years of experience having orchids brighten up my living space. Some of these helpful tidbits you’ll find in most houseplant books, but there are a few odd tips here that you likely won’t!

The most important thing to remember when it comes to basic orchid care is that there are many varieties of orchids. Most of them thrive in the rainforest, making them unsuitable to survive in household conditions. Certain varieties are able to handle more temperate climates, but your house will have very different conditions than their native environment.

Orchids aren’t your typical garden plant; in fact, they aren’t a fan of potting soil or even conventional pots. Most orchids are epiphytes, which means they grow on other plants and trees.

Because of this environment in the treetops, many orchid species have adapted to survive without soil. They tend to absorb their nourishment from the air, rain, and moisture, forming symbiotic relationships with their woody hosts.

Keeping your orchid in the wrong pot with the wrong soil is one of the most common reasons for store-bought orchids to eventually perish. Stores often pack orchids in sphagnum moss and shove the roots into a plastic pot inside a ceramic container. This causes two sets of problems. One, the moss retains too much moisture, resulting in root rot when the roots can’t dry out and breathe. And two, orchids haven’t adapted to growing completely bound inside a dark pot. Remember, they usually grow in treetops with their roots exposed to the air.

You’ll definitely want to repot your new orchid when you get it home. Sphagnum moss can be good for orchids, but it’s best to combine it with a mix of bark and charcoal to allow the potting medium to dry out between waterings. Orchids will also do just fine in the bark/charcoal mix without the moss. (Check out this organic mix with charcoal, sponge rock, pine bark, and coconut chips.)

The best kind of pot for an orchid is specifically designed for this treetop dweller and features holes in the sides and bottom for the best possible drainage. When your orchid is happy, the roots are likely to wander and grow out of the holes! It’s imperative for your orchid to dry out between waterings and have good air circulation through the roots.

Keeping in mind that many orchids hail from the rainforest, it should come as no surprise that they like high humidity. Although not a necessity, consider setting up a humidity tray, which is a shallow dish or tray filled with gravel or stones for the pot to sit atop. The tray is filled with water, which provides extra humidity for the plant as the water evaporates. Make sure the pot is not actually sitting in the water.

Another option for indoor orchid care is to set the orchid near a humidifier. I like to leave my orchids outside on the deck railing in the summer. They’re quite happy with the hot and humid Midwest summers and occasional downpours but need to come inside during the colder seasons.

The most common orchid found in stores, homes, and offices is Phalaenopsis, also known as the moth orchid but more commonly marketed as a “just add ice orchid.” According to the accompanying tag, phalaenopsis orchid care sounds simple enough—set the plant in a bright location and water with three ice cubes a week. Easy, right?

But an easy orchid care trick I’ve found that makes them thrive is to set the pot in the sink once every couple of weeks or so and leave the faucet on a slow drip overnight. Drip irrigation is a great way to give your orchid a steady drink at a slow enough pace to really absorb the moisture while thoroughly soaking the potting medium. Since the bark and charcoal mix is specifically designed not to hold moisture, regular watering isn’t likely to be effective enough as the water passes straight through without giving the roots much time to drink. Be sure to let your orchid dry out between waterings.

How Much Sunlight Do Orchids Need?

This is a big question for basic orchid care beginners. Most houseplant books will cite the orchids’ naturally shady environment in the tree canopy and recommend giving them bright but indirect light to prevent the leaves from getting scorched by the sun’s direct rays.

While that’s certainly a logical conclusion, my personal experience has been different. I had a friend who liked to set her orchids on her kitchen windowsill to soak up direct rays, which is generally advised against. I followed the expert guidelines and kept mine in indirect light.

Believe it or not, hers flourished while mine never seemed to bloom! I eventually moved my orchids into a southern window that gets the most sunlight in the house, and to my surprise, my orchids loved it. This is one of the few cases where I disregard the widely accepted light recommendations and give my orchids plenty of sunshine.

I can honestly say that I couldn’t get my orchids to rebloom until I moved them into a sunny window.

You might need to try your orchids in different locations and let them tell you what they like best. If you notice the leaves are turning yellow or brown in the sunlight, move them away from the window. If the plant just doesn’t seem happy in the shade and won’t rebloom or grow new leaves, try relocating to a sunny window and monitor its condition, moving it appropriately depending on how it adapts.

Although this can vary depending on the orchid variety, the general rule of thumb for basic orchid care is to keep the plant around 70°F during the day and about 60°F at night.

That being said, my orchids haven’t proven to be picky about the constant temperature of my home as long as I keep them away from cold drafts in the winter. During the summer, they’ve been perfectly happy in a mostly shaded location during hot days in the 90s and cool nights in the 50s.

Because your orchid is contained in a pot indoors, it will rely on you to provide the extra nutrients it needs. But how do you know what kind of fertilizer is best?

You’ll find a lot of fertilizers that claim they’re optimized for orchids. But just because the bag says “orchid fertilizer” doesn’t mean it’s the best choice. Before buying, look at the three numbers on the bag of fertilizer. These show the concentration of Nitrogen (K) – Phosphorus (P) – Potassium (K).

Pro tip for basic orchid care: if you want your orchids to rebloom, they do best with a fertilizer that targets flower growth. This means you’ll want the first number to be high (learn more about interpreting the numbers on a bag of fertilizer with this previous post).

Most orchid fertilizers are somewhere around the 20-20-20 range, but if you can find one with a higher K value, that’s going to be a good choice to help with reblooming. Here is my preferred choice at 30-20-20.

I don’t recommend using fertilizer sticks, which don’t evenly distribute the nutrients. The roots on the other side of the pot won’t get any nutrients, and the roots that are too close to the stick might be exposed to a concentration that’s too high and causes damage.

The best fertilizer to use for orchids (and other houseplants in general) is a water-soluble powder that dissolves in the watering can or a slow-release granular fertilizer that releases into the potting medium over time with each watering.

Is your orchid struggling? Below, you’ll find basic orchid care beginners can use to diagnose why their orchids aren’t healthy:

Brown spots on leaves and/or crispy edges: Too much direct sunlight is frying your orchid. Move to a more shaded location that still offers plenty of indirect light.

Yellow leaves: Usually not a cause for concern; it’s normal for orchids to occasionally shed a lower leaf that will turn yellow before falling off on its own if it isn’t removed. Keep an eye out for excessive shedding that may indicate a more serious problem.

Horizontal or drooping leaves: This can be caused by either too little water or lack of light.

Mold or mildew on leaves: This is often caused by too much moisture, especially if the leaves have been misted under cool conditions that prevented the water from evaporating quickly enough.

Soft, mushy roots: Overwatering and/or poor drainage, resulting in the roots sitting in water for too long without an opportunity to dry out.

No flowers: The orchid likely needs to be fertilized. Inability to rebloom could also indicate that the plant just isn’t happy with its current environment and needs adjustments in its care and/or location. 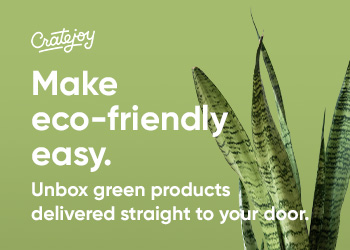 How To Grow Your Own Herbs Indoors

What Kind of Fertilizer Is Best for Houseplants?